Each year, in the autumn, all members are invited to attend the annual general meeting of the Friends of Salem Association. The school's head master, the chair of the association and also the treasurer report on the previous school and financial years. Examples of how donations have been allocated are demonstrated by students and staff.

All new applications for the current school year are presented and discussed and decisions are democratically made with regard to funding implementation and equipment acquisition. A variety other activities on the different campuses, and a meal together in the evening, round off the day. 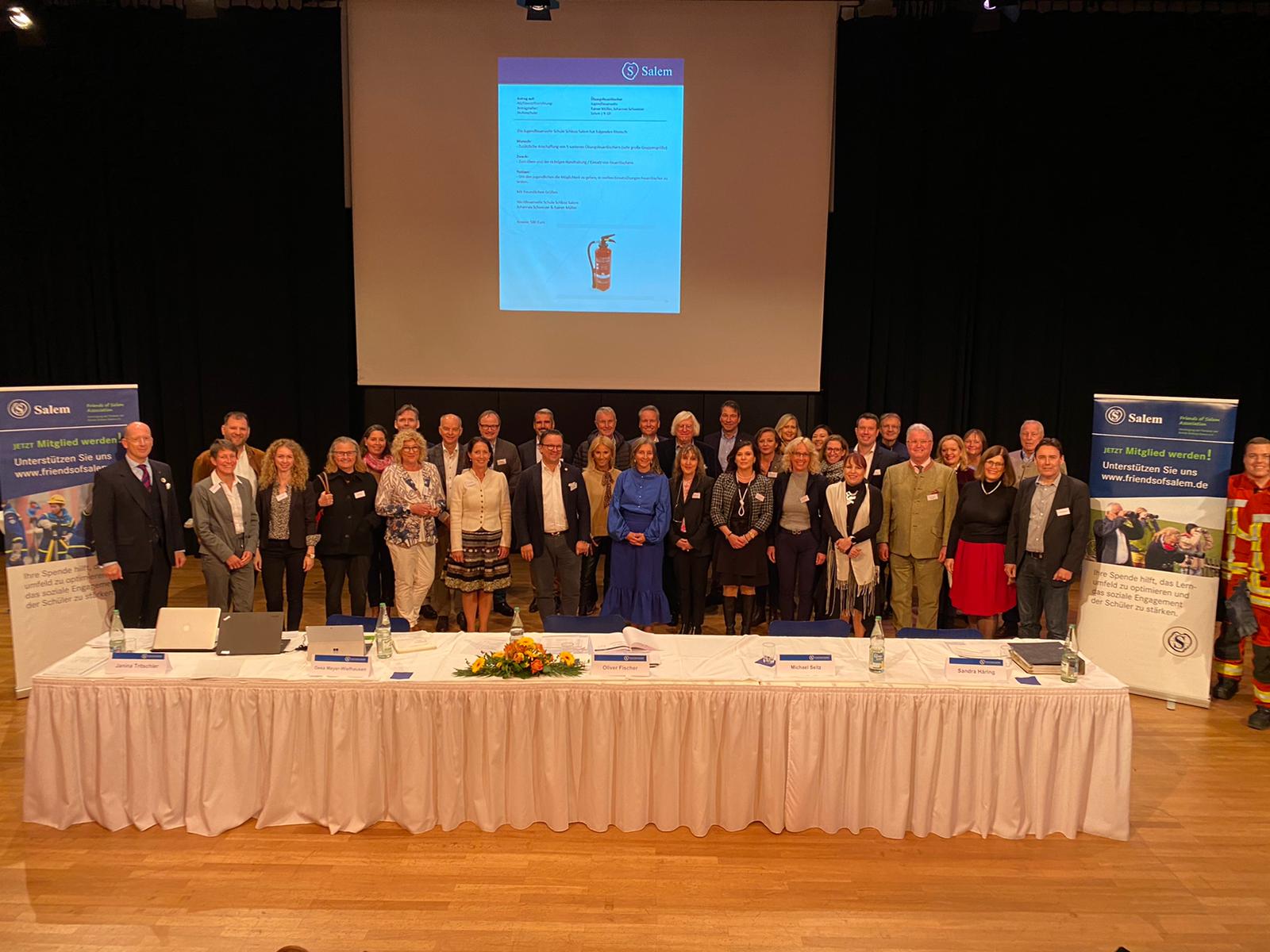 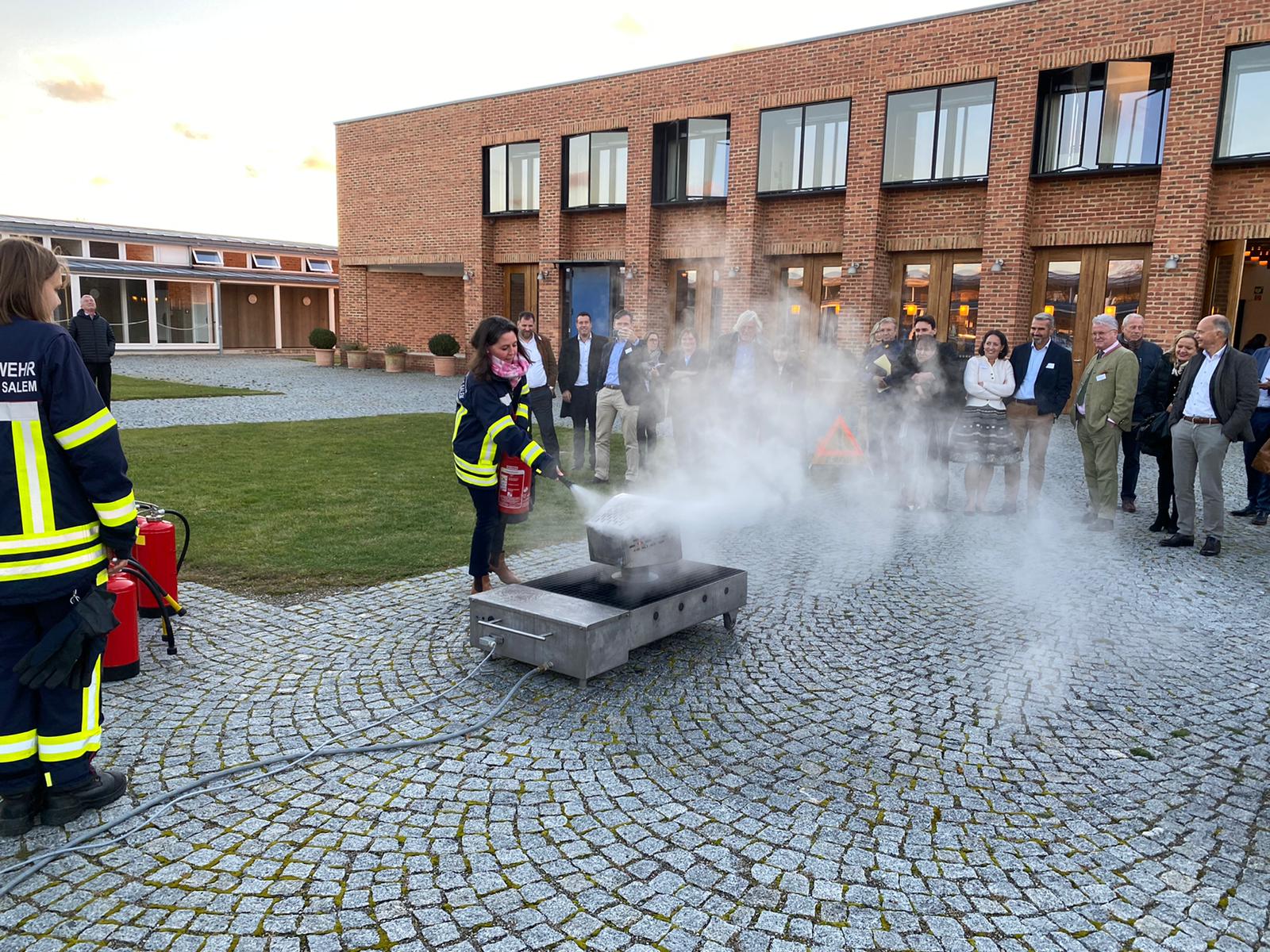 To mark the departure for fall break, the Friends of Salem held its annual general membership meeting on Friday, October 22, 2021 in the Härlen Campus auditorium. Over 40 members accepted the invitation and were welcomed at a champagne reception. Afterwards, six students gave tours of the campus, answered questions and reported on boarding school life. In addition to the sports field and the library, the participants were able to take a look at House 25, the new mobile building that was inaugurated for the 2021/2022 school year.

The following general meeting took place in an unusual setup: In the auditorium of the Härlen campus, the members present decided on 24 applications from the Salem student, teacher and mentor body, all of which were approved in whole or in part and can now be implemented by the applicants.

The Friends of Salem Association supports purchases and projects in the areas of boarding, sports, services and guilds, lessons and project trips that cannot be financed from the regular school budget. Already before and during the meeting, some projects were gratefully taken over by donations from the members present. Among others, the following requests can now be implemented:

Various applications were presented by students and colleagues themselves, giving members interesting insights: Two high school students presented the Duke of Edinburgh's Award and shared their experiences implementing it with outdoor wheelchairs. Art teacher Renata Jaworska and two students exhibited oil paintings made last school year with support from Friends of Salem, while one student asked for assistance in printing the feminism magazine, The Discourse. After Photo and Theater Service Director Keith LeFever explained the need for new microphones and headsets as well as an increase in photo lab equipment, a highlight followed with the fire department: the two service directors of the fire department, Rainer Müller and Philipp Nickles, presented their new uniforms, which were purchased last school year thanks to Friends of Salem, with students of the service. Then it was off to the outdoors for a firefighting exercise, where members were able to extinguish simulated fires themselves and get a feel for the work of budding firefighters.

After the meeting, the group went to the Hotel Johanniter-Kreuz in Andelshofen for a pleasant exchange and dinner.

This website uses cookies. Those have two functions: On the one hand they are providing basic functionality for this website. On the other hand they allow us to improve our content for you by saving and analyzing anonymized user data. You can redraw your consent to using these cookies at any time. Find more information regarding cookies on our Data Protection Declaration and regarding us on the Imprint.